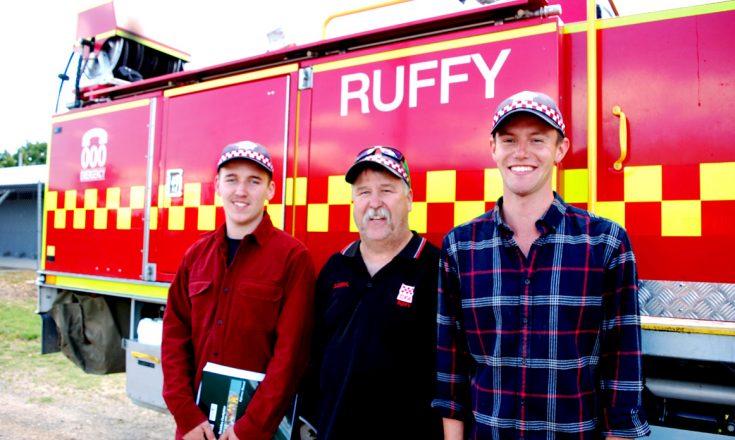 10.30PM THU. The Caveat-Ruffy-Terip Terip fires have been described as “contained”. “There is a bushfire in the Caveat to Boathole Bridge Rd area, south of the Ruffy township that is now contained, and surrounded by a graded earth firebreak,” says an advice issued by Emergency Victoria. “Due to the rough country, most firefighters have gone home to rest and will return at first light 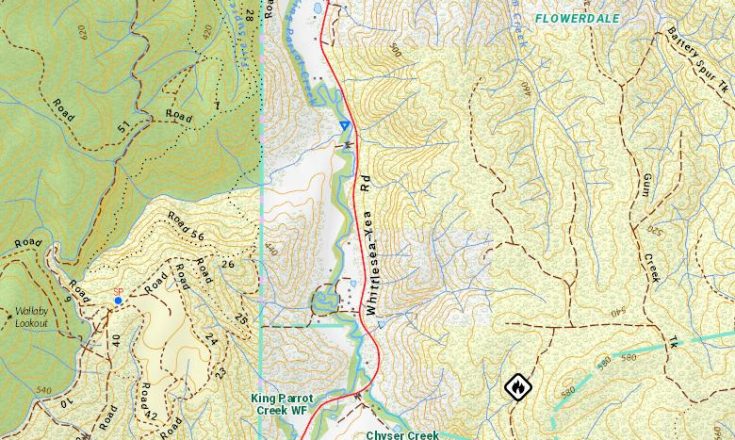 Five units and seven units respectively have attended separate fires at Kinglake West this afternoon (Thu.). The fires follow lightning strikes in heavily timbered country over the past 24 hours. Meanwhile, during the days, a strike force has fought several fires in the Caveat/Ruffy, on the northern boundaries of Murrindindi Shire. Some of the distant

2.55PM THU.: A ‘Watch and Act’ message has been issued for Ruffy and Crieghtons Creek” “There is a grassfire at Caveat that is not yet under control. “This grassfire is travelling in a northerly direction towards Ruffy. “This grassfire could impact Ruffy Township and areas north of Ruffy including Creamery Lane, Maggies Lane, McLeans Lane 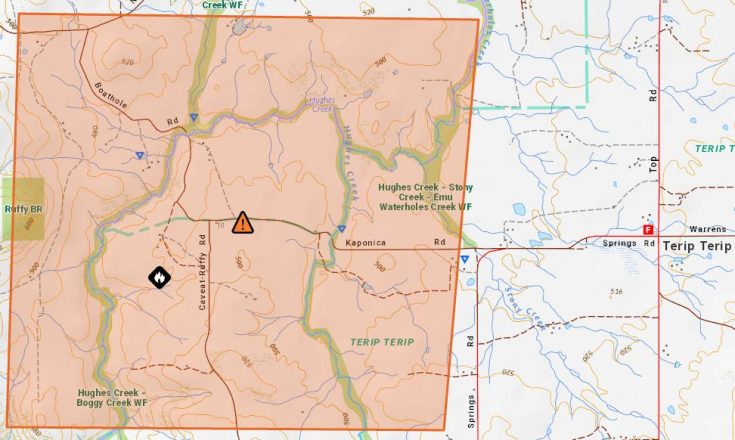 2.30PM THU.: At keast 10 CFA units are fighting a grass and scrub fire, not yet under control. at Boatholes Rd, Caveat/Ruffy. Some of the units in attendance include Yarck, Highlands, Tarcombe, Molesworth and Ruffy. More to come. 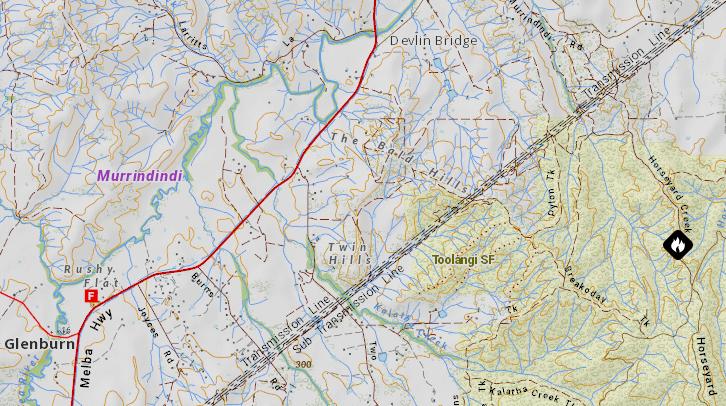 Lightning strikes have kept emergency crews overnight. A CFA vehicle is responding to a report (11.17pm) of a fire at Horseyard Creek Track, Glenburn. A bushfire report (11.38pm) at McLeod Lane, Mansfield is “under control”, says Emergency Victoria. A “tree down” incident on Broadford-Flowerdale Rd, Tyaak, near the Murchison Gap, west of Strath Creek, was 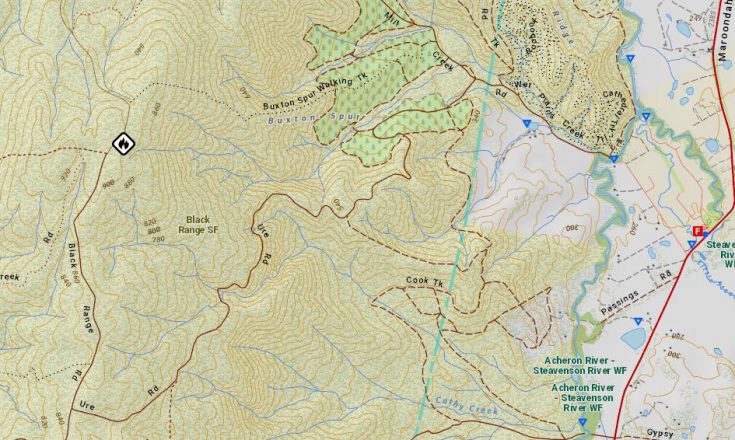 Buxton CFA volunteers are “burning the midnight oil” and on their way to a fire reported at Mill Creek Rd, “Murrindindi”. “The brigade and crews from Forest Fire Management Victoria are currently investigating reports of a fire in the Mill Creek Road area along the Black Range,” said a Brigade spokesman. “A potential fire, believed 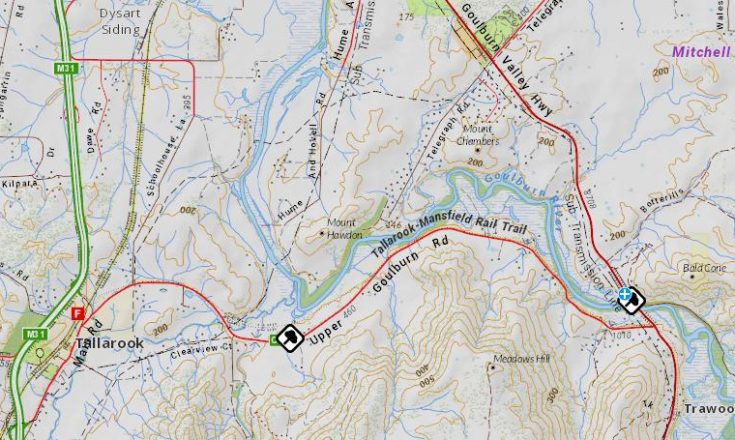 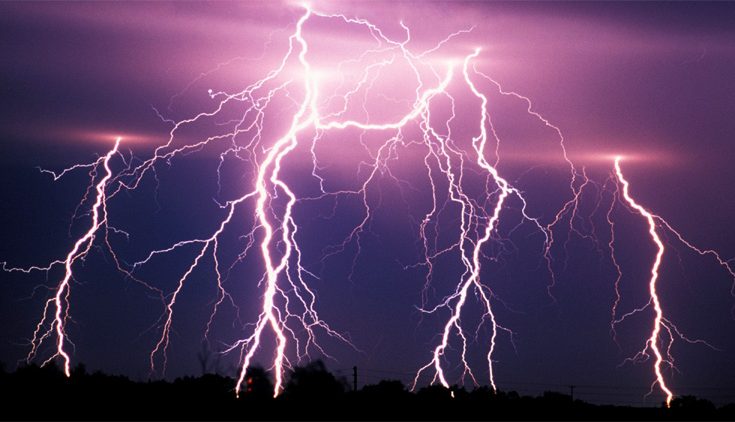 • Three vehicles have responded to a fire at Allandale Rd, Strath Creek. Emergency Victoria notified the incident at 9.06pm. (Wed.). • Two vehicles have gone to fighta ‘bushfire’, 10km west of Flowerdale. • Two vehicles are at a fire on Whittlesea-Yea Rd, Humevale, east of Jacks Creek Rd. • Assistance was requested for a 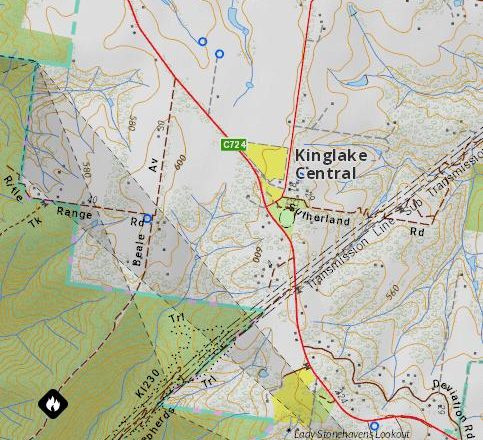 Kinglake West CFA personnel are turning out a fire reported in the Beale Ave-O’Deas Rd area at Kinglake Central. Emergency Victoria reportedly received a call from a citizen who noticed a fire about two kilometres west of the Frank Thomson Reserve. There is a report of a tree fire at Chadds Creek Rd, Strathewen, with