The Local Paper started print and online publication on February 17, 2016.
More Murrindindi Shire people trust The Local Paper for their local news than any other local papers, combined. 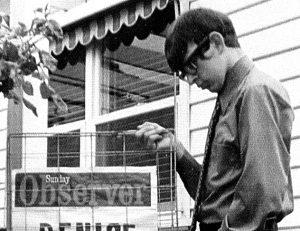 Local Paper publisher Ash Long as a newsboy in 1970.

The Local Paper is an independent and free news service. Its publisher, Local Media Pty Ltd, also runs the weekly newspaper, the Melbourne Observer, which was established on Sunday, September 14, 1969.

Editor Ash Long has entered his 49th year of newspaper work. His links with the Local Paper circulation area go back to the early 1970s.

Ash first started reporting for the community as a ‘stringer’ for the Whittlesea Post newspaper in 1973. His early reporting rounds included the Whittlesea, Kinglake and Diamond Valley areas.

Ash is now in his 45th year of local paper reporting. He started as a boy in newspapers in 1969. Ash took on a family tradition. His mother-in-law, Isobell Tunzi, was a Whittlesea Post news contributor from the 1950s.

In the early 1980s, Ash Long was Manager of eight Leader newspapers including the Whittlesea Post and Diamond Valley News.

In 1984, Ash and Fleur Long purchased The Yea Chronicle business from Tom Dignam. The couple began many community involvements. 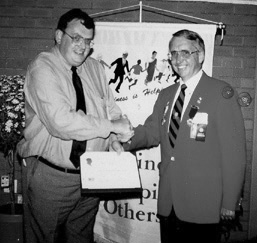 Ash was a Charter Member and Past President of the Rotary Club of Yea, being named a Paul Harris Fellow. He remains an active Freemason, presented with the honour of Past Grand Tyler.

Newspapers published by the Long family have been vitally involved in the local community.

For almost 10 years, Fleur Long was a nurse at the Rosebank Extended Care Centre facility at Yea and District Memorial Hospital.

Their children, Kristi and James, were students at Yea Primary School, and involved themselves in community activities such as Guides, the Yea Water Tigers, basketball and football. 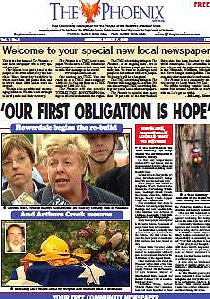 More than $1.3 million in advertising space was donated to local businesses to assist them in their recovery from the disaster.

The Phoenix was designed to assist local families and businesses with the rebuilding and recovery of the bushfire region including Murrindindi, and surrounding municipalities including Mansfield, Mitchell, Nillumbik, Whittlesea and Yarra Ranges.

The Phoenix was in publication for 18 months. It was a progenitor for The Local Paper which commenced on February 17, 2016 due to public demand.

The Local Paper continues in the same community spirit. Free ‘What’s On’ advertising is available for all local clubs and organisations in Murrindindi Shire.