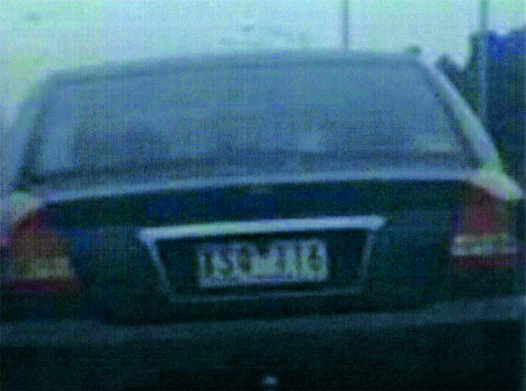 Investigators understand the driver of a Holden sedan was driving erratically along Saltwater Promenade just after 2pm on Tuesday September 8 when he lost control and crashed into a light pole.

The impact caused the pole to fall on a Commodore wagon which was travelling behind the Holden at the time.

The male occupant of the wagon was not injured but his vehicle was extensively damaged.

The driver of the sedan did not stop following the crash and was last seen driving north along Saltwater Promenade.

Police have released images of the Holden sedan in the hope anyone with information will come forward.

Werribee Police are appealing for witnesses to the crash, or anyone who man have dash cam or CCTV of the vehicle prior to the collision to contact Crime Stoppers on 1800 333 000 or file a confidential report online at www.crimestoppersvic.com.au