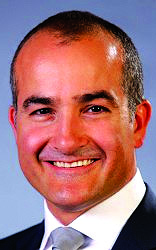 “Parents want to their kids back at school for the first day of term 4, which experts say can be done with a COVID-safe plan,” Ms McLeish said.
“Why is the minister insisting on keeping so many of our kids away from school until at least the end of October or possibly even later?

“It is clear that parents of students between years 3 and 10 have had their time frame for a return to school pushed out to the never-never. It is very clear.

“While Victorian kids have been denied face-to-face schooling, Department of Health and Human Services data shows Victoria has recorded a 33 per cent rise in kids presenting to hospital with self-harm injuries when compared to a year earlier.

“Has any modelling been done on the mental health effects on our kids due to the govern-ment’s decision to keep kids away from school, and if so, will you release it?” Ms McLeish asked. Mr Merlino said there has been positive and negative data about remote learning.