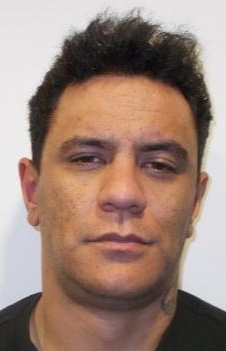 The Donnybrook is one of the areas being examined by Police in their look-out for 36-year-old Tehira Simon. Police are asking for public assistance to find him.

Three warrants have been issued for Simon’s arrest in relation to burglary, possess drugs and careless driving.

Simon is described as Maori in appearance, black short hair, brown eyes,187cm tall with a tattoo of a rose on his neck and a tattoo of a skull and bones on his left hand.

Investigators have released an image of Simon in the hope someone may have information on his current whereabouts.

It is believed Simon may be frequenting Reservoir, Heidelberg, Hillside, Donnybrook and Craigieburn areas.

Anyone who sights Simon or has information about his whereabouts is urged to contact Crime Stoppers on 1800 333 000 or make a confidential report at www.crimestoppersvic.com.au