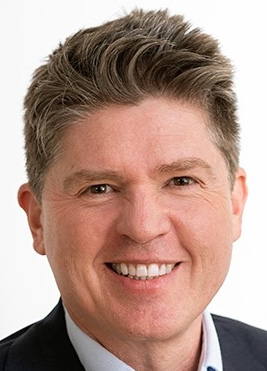 Media outlets reported on Friday morning (May 20) that Liberal McEwen candidate Richard Welch has been cleared of accusations of enrolment fraud following an Australian Electoral Commission investigation, and will not be referred to the Australian Federal Police.

In a statement on Friday, the AEC said it had investigated the matter and “at this point it is our view that there is insufficient evidence of enrolment fraud or false declarations to support referring any of them to the AFP”.

Mr Welch is reported to have denied the claim and said he “firmly complied with AEC electoral laws and strongly reject[ed] any suggestion otherwise”.

“At the time of signing and lodging my nomination form I was living in Wallan,” Mr Welch said.

“Subsequently, I moved after my lease was terminated early when the house I was residing in was sold.

“It is not possible to update your electoral enrolment details until you have lived at an address for at least one month,” he said.

McEwen Liberal candidate Richard Welch listed a Wallan residential address in his nomination papers lodged with the Australian Electoral Commission for the May 21 Federal Election.

Mr Welch acknowledges that the tenancy agreement for the Wallan house has expired because the owner has sold the property. Mr Welch is living with his family at Viewbank in the City of Banyule, outside the McEwen electorate.

In a video interview recently recorded with LocalPaper.TV, Mr Welch appears to represent that he and his family are living at Wallan. He told The Local Paper: “

“So we’ve moved into Wallan about a year ago, just over a year ago, but we’re still settling the kids, it’s still an adjustment for some of them.”

Mr Welch’s language and use of the word “we” would tend to indicate that he was referring to more than one person living at Wallan. A viewer of the interview might be reasonably entitled to think that Mr Welch was referring to his family, and to draw the conclusion that the Welch family lived at Wallan, and that his children were attending Wallan area schools.

The AEC says it is investigating Mr Welch’s residency. Mr Welch is quoted in the national press (The Age) that he has done nothing wrong. At the time of publication (Friday, May 20), Mr Welch had not responded to The Local Paper’s request for comment.