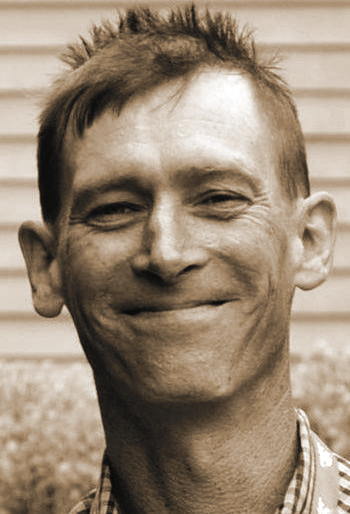 Ashley Geelan, 43-year-old university student, formerly of Kinglake, was yesterday (Fri.) jailed for 12 months after pleading guilty to charges associated with stalking, breach of Court orders, and breaches of bail conditions.
Over a four-year period, Geelan created havoc with an ongoing online campaign against identities particularly those in the Kinglake area and wider Murrindindi region.
People harassed included former Murrindindi Shire Mayor Leigh Dunscombe, police hero Cameron Caine, businessman Mark Beacham, locals Blake Allen and Lee Lawrence, and Local Paper Editor Ash Long.
Geelan’s targets included a former Kinglake publican, prominent local business people, even a Kinglake volunteer historian aged in her eighties.
Geelan created many hundreds of online and social media posts attacking his targets.
Police were told that Geelan made written threats against the personal safety and well-being of a number of people including then-Cr Dunscombe, Mr Beacham, Mr Allen and Mr Long.
Geelan wrote to one victim that he had met with ‘enforcers’: “I met some of these men at around 3am this morning. I gave them, your, Leigh Dunscombe’s, Ash Long’s and Blake Allen’s home address.
“What they – whomever they are – do with it ain’t up to me … I advise you as a friend to walk from the lot real f—ing fast. That is if you’d like to have a home to return to!”
Geelan issued multiple death threats to one of his victims.
Geelan used his Kinglake Ranges News website to disparage local people, including community volunteers. Many of his reports were based on total fiction.
The Court was told that Geelan repeatedly breached Personal Safety Intervention Orders taken out against him.
On two occasions, Geelan applied for Personal Safety Intervention Orders against Mr Long but did not attend Court. Geelan’s applications were struck out.
Magistrate Jennifer Tregent, sitting at Heidelberg Magistrates’ Court, imposed a 12 month term of imprisonment with a non-parole period of six months.
Having previously served one month on remand, Geelan must serve five months before becoming eligible for parole.
Geelan was told that he will find it extremely difficult to be granted parole given the circumstances of his offending and the current attitude of the Adult Parole Board.
Geelan’s solicitor did not indicate that an appeal against the sentence is likely.
Geelan has a criminal history of dishonesty in regard to matters including theft, and impersonating a Police officer.
Police are likely to apply to have property seized from Geelan’s address at Winter Cres, Reservoir, forfeited and destroyed. This includes computer hardware.
On a number of occasions, Police exercised warrants on Geelan’s home. He had been arrested, questioned and remanded.
Geelan had been under Court orders that prohibited him from using the internet, except for his La Trobe University studies.
At one stage, a Magistrate issued a ‘Cease and Desist’ letter against Geelan after he made unsubstantiated claims against a district policeman.
Geelan was the promoter of The Victorian News, which he promised to launch at the start of both 2020 and 2021. He pledged a hard copy newspaper format with advertisements, but the publication never eventuated.
At another time, Geelan posted repeatedly online the false claims that a number of Kinglake
citizens had been placed on the ‘Sexual Offenders Register’.
He published the fictional allegation that one of his victims had been involved in a rape in Thailand. The citizen had never been involved in rape or any misconduct, or ever been to Thailand.
Geelan went on to register business names using the names of other people including Rupert Murdoch, Keith Murdoch, Liberal politician Tim Smith and various Kinglake identities. He purports to own ‘The Sun News-Pictorial’.
According to the Australian Business Register ‘lookup’ service, Geelan Media Pty Ltd still has some of these names registered to his Reservoir address.