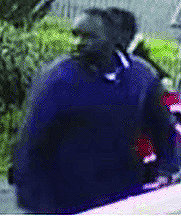 Police want to speak with this man

Brimbank Crime Investigation Unit detectives are appealing for public assistance after a man was seriously assaulted in Ardeer, earlier this year.

The incident occurred when the victim arrived at his home and was confronted by several men inside his residence in McLaughlin St around 5.20pm on May 18.

The victim ran from his home and was assaulted by two male offenders in a nearby driveway.

One offender has been arrested and charged in relation to the assault, but the second male has yet to be identified.

Police have released CCTV stills of a man they believe may be able to assist with their enquiries.

Anyone who witnessed the incident or with information is urged to contact Crime Stoppers on 1800 333 000 .