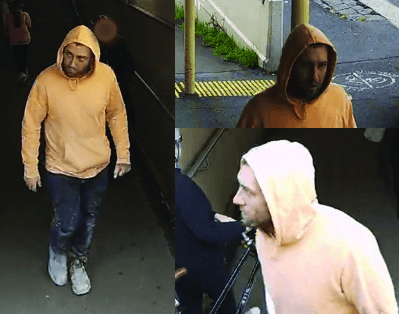 Police want to speak to this man

Investigators have been told the victim was walking to her car parked at the Clifton Hill Railway Station around 3.30pm on Monday, July 13.

She was approached from behind by the offender, who assaulted her and tried to steal her backpack.

The victim sustained injuries to her face during the assault.

Detectives are appealing for witnesses to the incident and have released an image of a man who may be able to assist police with their enquiries.

Anyone with information is urged to contact Crime Stoppers on 1800 333 000 or submit a confidential report online at www.crimestoppersvic.com.au