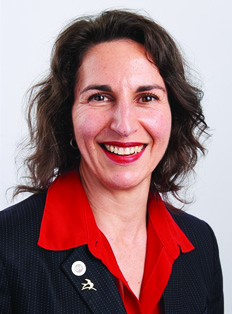 The remaining Council that took the State Government to the Supreme Council over North East Link has withdrawn from the Judicial Review.

Banyule Council announced on Thursday (July 30) that it was following the lead of Bo-roondara, Whitehorse and Manningham Councils, and had taken the latest legal advice.

“We are convinced that pursuing a legal challenge given recent legal rulings of a similar nature regarding Environmental Effects Statement processes is not in the best interests of our community and would lessen our ability to ensure we get the best outcomes from the project,” said Cr Alison Champion, Mayor of Banyule Council.

“Our decision to not continue with the legal challenge is driven by the same desire we have always had, that is to get best designed North East Link Project that delivers the maximum benefit for our community.

“Since 2017 Council has advocated strongly to secure improvements to the NELP,” said a Council statement.

“The public EES process confirmed the validity of many of the improvements Council has sought including, properly exploring an extended tunnel, improving the Lower Plenty Rd interchange, protecting Watsonia by improving access to the centre and delivering broader cycling and pedestrian infrastructure and environmental protections.

“While the Minister for Planning did not mandate that the NELP include an extended tunnel or improved Lower Plenty Rd interchange, construction bidders have been encouraged to look at these improvements through their design process.

“Council has already presented the merits of these and other key improvements to the short listed construction companies and will continue to make the case that these improvements are needed and beneficial.
“The outcome of the mediation process has ensured that Council and the community are given maximum opportunity to provide detailed input to the design as it is developed for construction.

“We will continue to advocate on behalf of our community and work directly with NELP and the preferred construction company to improve the project that will be built.

“As well as providing Council with ongoing direct involvement in the design, development and construction phases on the project, the Victorian Government and NELP have agreed to deliver additional improvements to Watsonia Village, an area immediately impacted by the NELP as well as significant improvements to pedestrian and cycling paths throughout Banyule.

“These commitments are in addition to the already secured $30m of improvements and expansion to Banyule’s sporting and community facilities resulting from sporting clubs relocating to Banyule,” the statement said.

Banyule Council has not yet announced the cost of the failed legal action, but it could be well into six figures.