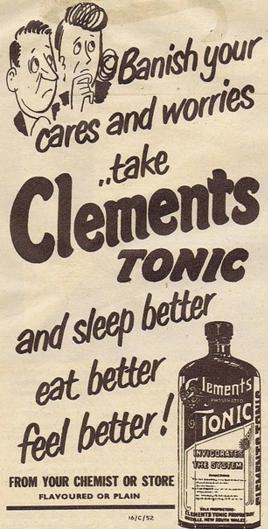 Local newspaper readers were familiar with the headline ‘The Influenza Epidemic’ in the early 1890s.

The Yea local paper published a weekly editorial-style ad, which turned out to be a promotion for ‘Clements Tonic’:

The iinluenza is raging again this year with unprecedented deadliness. The paralysing influences of this terrible malady have assumed the alarming dimensions of a plague.

The distemper is of a powerfully destructive character and shatters its victims with fearful suddenness. The severity of the visitation eclipses all previous attacks.

The medicial faculty fails to account for the outbreak, and is powerless to control its spread. Doctors, nurses, and hospitals are doing everything possible for sufferers, but are overwhelmed by the multitude crying bitterly for relief.

A despatch from one town states that 300 people died in one day; this was about the daily average, and the streets were crowded with vehicles carrying the dead to their last resting place; and the sad vacancy of death depressed every household.

Such trying times as these demand immediate attention. Thie doctors fail, and the many advertised cough and cold cures are only sedatives which interfere with the proper secretions of the respiratory tract.

Recourse must be had to a genuine stimulating restorative, which whilst curing his grip, will also strengthen and support the patient, and no article the world has so far seen can compare to Clements Tonic for these effects.

During the great outbreak of influenza in Sydney, in 1890, over 50,000 bottles of Clements Tonic were consumed and its praises were sung in every quarter, as the disease was completely stamped out by the use of this remedy in four weeks.

Such facts as this prove beyond the doubt of the most -unbelieving sceptic, the value of Clements Tonic for such diseases.

“Sir,-Four years ago i caught a severe cold, which settled in my head and chest, and caused an incessant cough and copious discharge of phlegm ; this brought on great weakness and debility.

“After considerable attention and doctors’ treatment, the cough was relieved and finally cured, but the debility remained, and seemed to defy the skill of the medical men and the power of medicine.

“I had no appetite, and could scarcely eat a particle of food, and was almost reduced to a skeleton, having entirely wasted away.

“I had taken pints of Cal-liver oil, malt extracts, and other medicines without relief, when I was recommended to take Clements Tonic. I procured a bottle, and am thankful to say that I immediately began to improve; I could eat better, and relish and digest swhat I did eat. I gained flesh every day, and my strength rapidly returned, and after six weeks’ treatment with Clements Tonic, I felt a new woman altogether.”

Medical supply websites show that you can still order Clements Tonic in 2020.