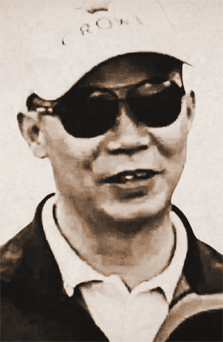 Murrindindi Shire Council has had to carefully play the ‘Balaclava’ permit application by the book.

Interests associated with controversial Chinese businessman Tom Zhou made application for a residential hotel and restaurant on rural land at Murrindindi.

The land consists of 13 separate parcels totalling 842 hectares in area and is located in Murrindindi, approximately 15km south of Yea. The hotel would be accessed by Cummins Lane.

Local residents are generally against the hotel proposal. The Zhou interests were not assisted by a 60 Minutes TV report that revealed allegedly illegal wombat shooting on the property.

Murrindindi Shire Coun-cil, officially, could take any of this into account.

The planning permit has to be decided strictly on planning laws.

Despite the national media noise, the Council has been obliged to see that the planning application is judged strictly on planning issues.

Councillors have had to remain silent, lest it be perceived that they developed a pre-conceived view prior to the meeting’s vote.

Issues such as native animal hunting have had to be referred to other government agencies.

If the planning permit is refused this week, the Zhou’s interests will be at liberty to take the matter to the Victorian Civil and Administrative Tribunal for determination by an independent member.

As it stands, the proposal is for a 46-room resident hotel, and a 60-person restaurant.

This week’s public meeting will give an opportunity for Murrindindi residents to again voice their objections, and for Council to at last show sympathy. However, the fight is unlikely to be over.


• Doors will open at 5.30pm tonight on Wednesday for the 6pm meeting at the Yea Shire Hall for the public to give its opinions on the planned hotel development at ‘Balaclava’ (707 Murrindindi Rd,). Councillors are expected to vote on the proposal at the meeting.