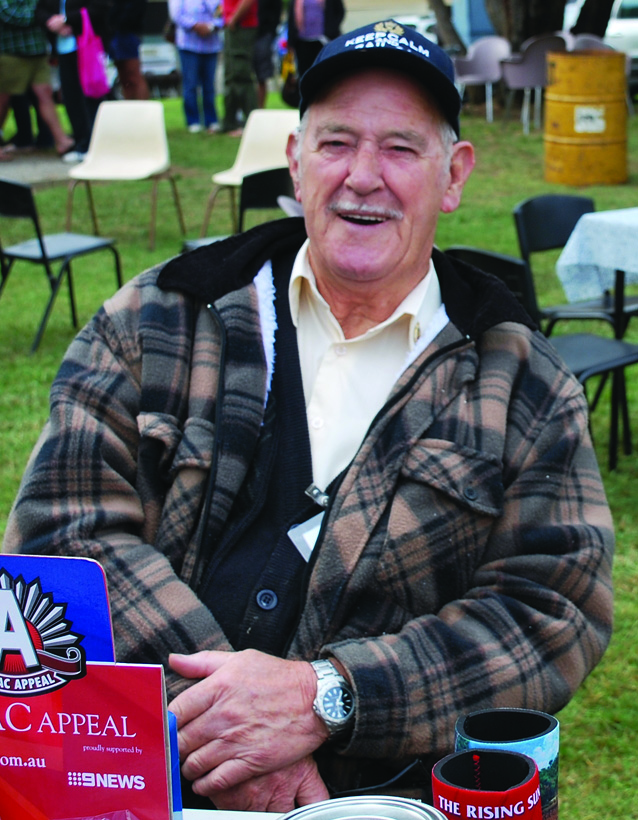 The long serving past Secretary of tyhe Yea-Kinglake RSL Sub-Branch, Kenneth James Howson died at 5.45am on Friday (November 22).
He was 3/744011 Private 15 NSTB.

RSL President Jeffrey Swain and Vice- President, Frank Philp, joined at 11am on Friady in placing a Remembrance Poppy at the Yea Cenotaph in memory of Ken and in appreciation of his service to Sub-Branch.

“It is largely due to Ken’s dedication and hard work that the Sub-Branch achieved the centenary year in 2019,” said Mr Swain.

“Ken will be remembered for his active roles and strong support to a range of community groups; in particular his support to Lorraine with the local Neighbourhood Watch activities.”

The flags at the Yea Cenotaph will remain at half-mast until after Ken’s service.

“I have expressed our condolences to Lorraine and her family,” Mr Swain said.

The funeral service will be conducted at the Yea Shire Hall on at 12 Noon Wednesday (Nov. 27). This will be followed by interment at the Yea Cemetery.

The family invites those attending to join them for refreshments afterwards at the Yea Shire Hall.