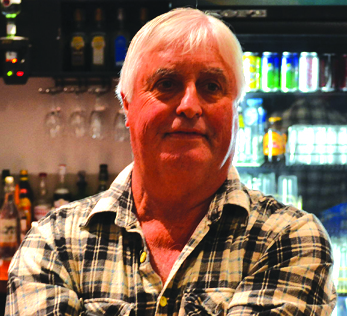 Leading Kinglake citizen Charles Exton looks like seeing success regardingt the petition he led for public toilets to be re-established at the Memorial Reserve.

Mr Exton presented the petition, with the signatures of 581people, to Murrindindi Council last month.

Tonight’s Council meeting at Yea is likely to see a proposal that the Shire spend $10,000 in the current financial year for the schematic design and cost estimates of the toilets.

The Council would then look to discuss construction as part of the 2020-21 budget process.

The petition reminded rge Council that there were existing public toilets at the Reserve prior to the 2009 bushfires.

“The community believed that the facility would be reinstated through the application of State Government bushfire remediation funds,” a note to Councillors says.

“Without public toilets, football finals cannot be held at the ground

“The age demographic in Kinglake shows that 40 per cent of the population is aged between 5 – 19 years and this demographic supports the requirement of infrastructure that encourages use of our open space and recreational opportunities.”

A report to Councillors says:
“There are four public toilet facilities in the proximity of the grounds, all currently maintained by Council.

“There is an unknown ‘unstructured recreation’ (not sporting club based) need for public toilets at this location, however, the lack of facilities is noticed by spectators of sporting events

“There are toilets for public use located at the grounds:

“Note these figures do not include spectators or those using the reserve for unstructured recreation.”

“Discussions with user groups during 2019 would suggest that a public toilet is a high priority of the community,” says the report to Councillors.