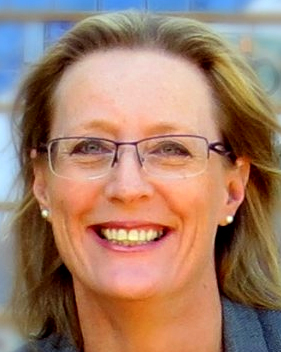 “My adjournment matter is to the Minister for Roads, and
the action I seek from the minister is to ensure that safety improvements are undertaken on the Whittlesea-Kinglake Road outside Kinglake West Primary School to protect children and families crossing the road,” Ms McLeish told the Legislative Assembly on Tuesday (Nov. 12).

“There are many issues with the crossing and drop-off facilities outside the school.

“The Whittlesea-Kinglake Road is a main road managed by VicRoads, and ordinarily the speed limit is 80 kilometres an hour.

“It carries a lot of traffic. There are lots of cars, buses, motorbikes and trucks, and children need to cross this main road.

“It is important to understand that across the road on the north side is a walking path that connects to the Kinglake Ranges and the school is on the south side.

“The school crossing supervisor and the kids are all at risk here. There are no barriers in place whatsoever to prevent the kids from running quickly across the road.

“Members of the school community—the parents, the teachers, the principal and the school crossing supervisor—are all concerned about the road and the crossing, and particularly about vehicles that fail to slow down, which travel in excess of 40 kilometres an hour on a regular basis.

“There was a near miss last week, and I understand that the schools crossing supervisor was able to spring into action very quickly to prevent an accident.

“The Kinglake Ranges is known for its weather conditions. There is very heavy fog a lot of the time.

“In winter it is particularly difficult to see the supervisor and the crossing itself.

“It is not just the kids that are at risk here; it is also the workplace of the crossing supervisor, and I do not think it is fair that the supervisors have to be placed at unnecessary risk to do their job.

“They certainly have a right to a safe workplace. I do not think we should wait until a tragedy occurs.

“Certainly the government advocates road safety. The road toll is not good at the moment, and I know it will be very keen to make improvements to that matter.

“This is a particularly serious matter because it is about student safety and the safety of the crossing supervisors.

“The drop-off area, which is also a car park, needs improvements as well.

“Whilst everyone would love it to be sealed and have safety

“The barriers added, at a minimum there needs to be a safe designated crossing hrough the drop-off area as well.

“The school kids have to cross the main road, and then they have to manage to safely cross the busy drop-off zone, which is also the car park.

“The interaction of cars and people is further exacerbated by the lack of barriers between the car park and the school.

“There is an incomplete walking path on the south side and incomplete barriers as well.

“I think this can all be addressed, and I hope the minister will look on this favourably and act on it as a matter of priority,” Ms McLeish said.