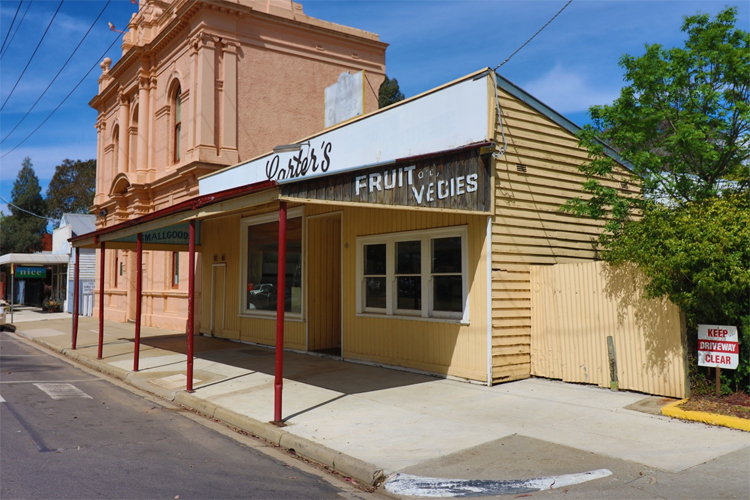 The Local Paper understands that the Yea and District Historical Society’s bid to purchase the Carter’s Milk Bar site is off.

The Society wanted to raise $300,000 to purchase the historic property, but failed to raise the necessary cash by the April 12 deadline.

The Society had planned to run a museum/heritage centre on the site. Its plans were upset soon after it had signed an option to purchase the property. A building inspection revealed that the building had termites, and the power box has asbestos. The property was regarded as unsafe for people to enter.

The Society’s campaign centred on using statements about the Carter’s Milk Bar building, and the Carter family heritage. The Society continued to seek to raise funds using the Carter’s theme, and did not reveal the building inspection findings to the public.

It is not known if donations received to date will be refunded to the public, but it is thought likely that the cash will be returned.

The Society’s fundraising efforts were troubled by in-fighting between some members. Whilst some generous donations were made by Yea families, the appeal remained one of the community’s least successful appeals in years.