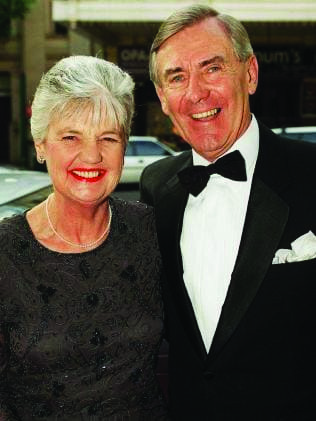 TV newsman Brian Naylor told Kinglake West firemen on the weekend of the 2009 fires.: “We’re all right. We’ll be OK. Go and see the lady down the road. She’s by herself.”

The conversation is related in journalist Aaron Landmaid’s report in the Sunday Herald Sun (Feb. 3).

It was a plumber who would later relay the story to Brian and Moiree’s daughter, Jane Bayliss.

“Your father saved my mum,” the told her. “There’s no way she would have made it out if that fire crew hadn’t arrived.”

The report is a subscriber-only story at the Herald Sun website.