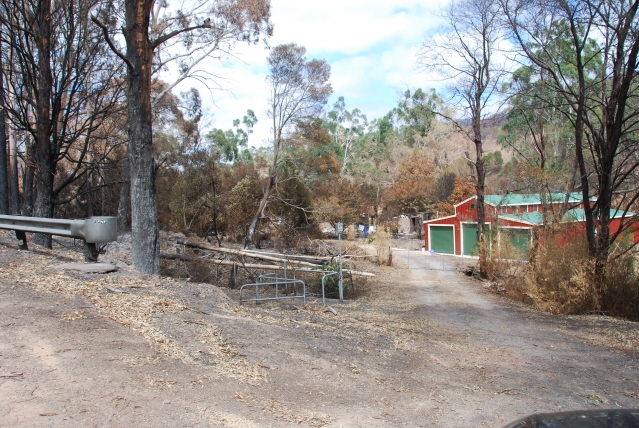 This is the address where we once lived at Flowerdale.

I took this photo just days after the Black Saturday fires in 2009, ten years ago.

Quite incredibly, the brick house exploded with the heat from the fires, but the adjoining shedding survived.

We moved to Flowerdale in 1985, and I celebrated my 30th birthday at this address in 1986. Our kids used to swim in the King Parrot Creek, which was at the back of our property. It was a lovely home.

Police Chief Commissioner Christine Nixon told me that her helicopter flights over the bushfire region revealed that the fires sometimes took inexplicabale detours around some family homes. A guiding hand?

This week will be very hard for many people throughout the region. In 2019, there have been fires near Flowerdale over the past week. Sirens, smells and smoke have brought it back for some. As if it were yesterday.