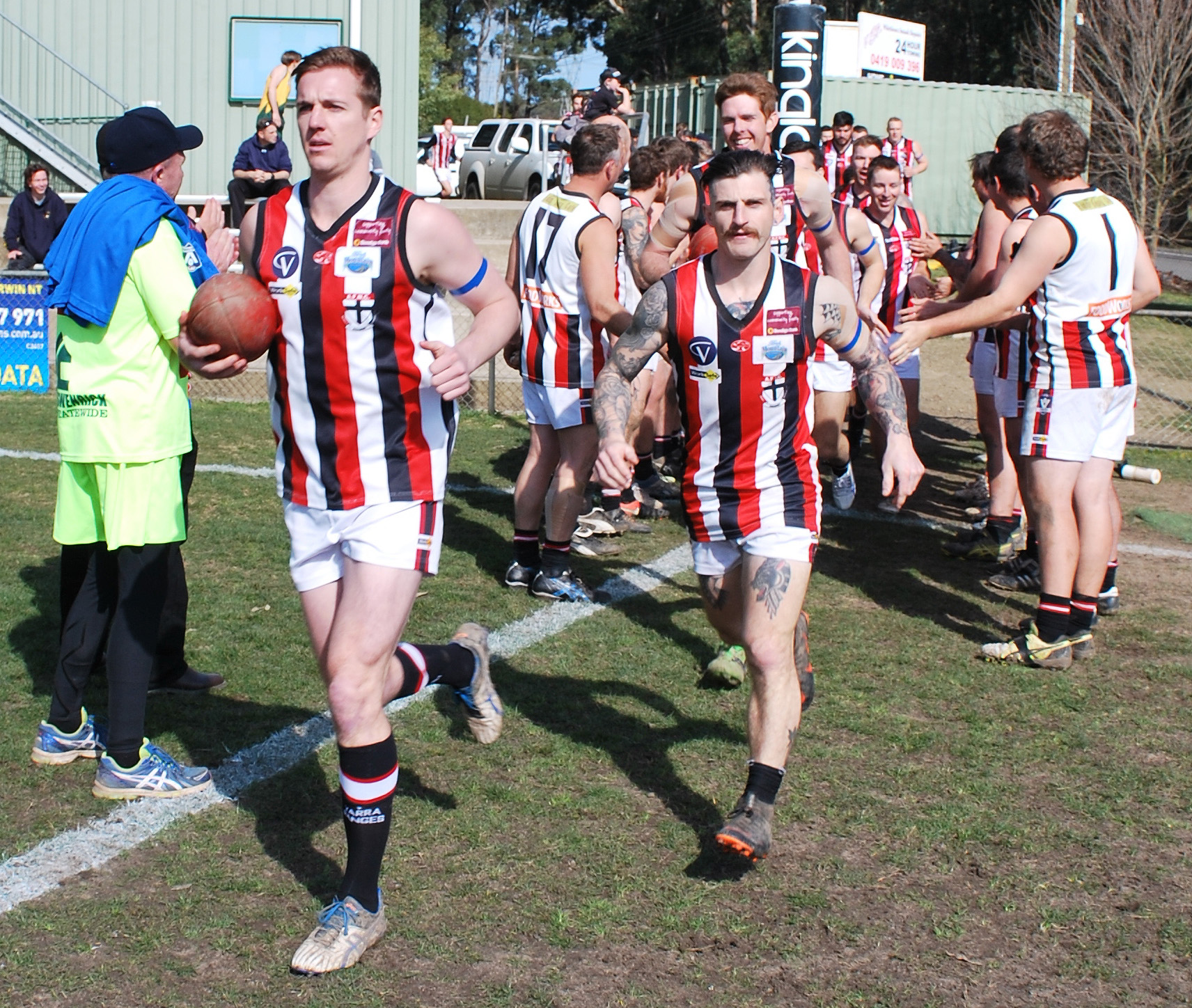 Pictured: Alexandra Seniors take to the field at Kinglake on Saturday.

Alexandra finished fifth on the Seniors ladder, despite a four-point loss to Kinglake last Saturday.

The fifth-placed Rebels will play the fourth-placed Gembrook-Cockatoo.

Yarra Glen (second on the ladder) and Yarra Junction will play in the Qualifying Final, also to be played on Sunday (Sept. 2).

Venues this weekend are Woori Yallock and Healesville.

In the Reserves, fifth-placed Seville and fourth-placed Yea are due to play in the Elimination Final.