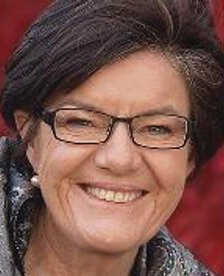 Local MHR  for Indi Cathy McGowan has supported a motion referring Prime Ministerial-hopeful, Peter Dutton, to the High Court on eligibility issues under s 44 of the Constitution.

Ms McGowan says her position remains consistent with her decision to refer MPs to the Court of Disputed Returns last year when there were questions relating to their citizenship.

“Where there is doubt, it is important the situation is clarified,” Ms McGowan said.

Ms McGowan says she is disappointed the House of Representatives was adjourned today without resolution of the Liberal leadership question.

“I wish the Liberal Party a speedy resolution on behalf of the country. There will be important decisions to follow.

“Until such time as the Liberal leader is determined, I am not in a position to make a decision on confidence.

“I will continue to stay in close contact with all relevant parties in the next few days.”

Ms McGowan said she acknowledged all those constituents who had already made their opinions known to her office in recent days.

“I welcome any other constituents who want to share their thoughts,” she said.

“I would like to acknowledge Malcolm Turnbull as Prime Minister and thank him for the support he and his government have given to me and to Indi.

“In particular, $235 million for the North East rail line and 38 mobile phone towers for the electorate.”